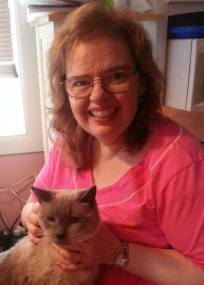 Debbie De Louise is a reference librarian at a public library on Long Island. She was awarded the Lawrence C. Lobaugh Memorial Award in Journalism from Long Island University/C.W. Post where she earned a B.A. in English and a M.L.S. in Library Science. Her romantic suspense novel, “Cloudy Rainbow,” received an honorable mention in the Writer’s Digest self-published awards. A member of the Cat Writer’s Association, she has published articles in Cats Magazine, Catnip (Tufts University Veterinary Newsletter), and Catster. Her short mystery, “Stitches in Time,” was published in the Cat Crimes Through Time Anthology. She lives on Long Island with her husband, daughter, and two cats.

1.What got you into writing / what made you sit down and actually start something? I guess I’ve been writing all my life. When I was a child, my favorite activities were reading and telling stories. My brother bought me my first romantic suspense novel for a birthday gift when I was 12. (I always preferred books as gifts over toys). It was “The Winter People” by Phyllis Whitney. I loved it so much I read all her novels and other books by romantic suspense authors of that time – Victoria Holt, Barbara Michaels, etc.  Around that age, I also began to write some of my own stories. I had positive feedback from my parents and my teachers that encouraged me to continue. When I was in college, I wrote feature articles for the student newspaper and later edited the graduate school newsletter. I had taken a vocational aptitude test, and the results showed my most suitable career choice would be a librarian with writer a close second. I think I’ve achieved both.

2.What is a usual writing day like for you, how is it structured? Because I work full-time and have a daughter, I try to fit in writing when I can usually very early or before bed. Even if I can write for 20 minutes to a half hour, I consider it productive. I try to write a complete scene. I don’t stop to edit. I just let the ideas flow.

3.Do you get writers block? If so, how do you overcome it? I don’t think I’ve ever had writer’s block. There’s so much to write about. But when I feel stuck, I just increase my own reading or take a break and then go back to it.

4.Are you a plotter or panster when it comes to writing a story? Definitely a pantster, but I’m hoping to add a little plotting to my next novel, although I like the flexibility of letting my imagination run wild. I think the ideal way to write is to have a very simple outline in mind and then fill in the blanks as you go. It’s also important to keep a character list and a style sheet (I took an online editing course that mentioned this, and I hope to do it in the future).

5.Are you traditionally or self-published? Both. My first novel was self-published. “A Stone’s Throw” is published by Limitless Publishing, a small publisher.

6.What was the publishing process like for you? Any advice to aspiring authors? This isn’t an easy question. I think most aspiring authors approach publishing differently. If you’re asking about how I found a publisher, I participated in author events on Twitter and was favorited by a few publishers who requested my manuscript or a few chapters. I also queried a few editors and agents traditionally. There is so much competition today. If you really want to be published, I think you need to start with small steps. Don’t expect to land a publisher or an agent immediately. Research is important as well as social media contacts. If you’re offered something, check their listings on Amazon and contact some of the authors. I’ve met many fellow writers through my publisher, and we all promote one another.  Because they’re small, it’s like a family.

7.What has been your highlight since becoming a published author? As I said before, it’s meeting fellow authors. When you self-publish, it’s like you’re alone. You learn so much from other authors, and they also provide much needed support. Also, it means a lot to me that I can dedicate my books to special people in my life. My first novel, “Cloudy Rainbow” was written in memory of my beloved cat, Floppy, and also dedicated to my daughter. “A Stone’s Throw” is in memory of my dear mother-in-law who died of cancer and whose name I use for one of the characters. Another important highlight is being able to share my thoughts and feelings with readers and use my imagination to create stories that resonate with people.

8.Can you share a little of your most recent book with us, including genre and targeted audience? “A Stone’s Throw” is a romantic suspense novel. It is due out in Mid-November (with pre-orders starting on Amazon on November 7th). It’s an adult book, but it doesn’t have any explicit sex scenes. It features a multi-layered mystery and a love story. The main character, Alicia, is a librarian like I am. After her husband is killed in a hit and run accident, she travels to his home town to try to find some of his relatives because he was very secretive about his past while they were married. I created the small upstate town of Cobble Cove, New York, and populated it with some characters I think readers will find memorable and quirky. Alicia’s new love interest, John, is the local newspaper publisher. When she finds a connection between him and her husband’s family, secrets begin to become revealed. I don’t want to give away too much more than that. I enjoyed creating the characters, clues, and ending, and I’d love to have feedback from readers because I might plan a sequel or possible series.

9.What tip would you give to new authors when trying to build a fan-base / get followers and market their books? (What to do and what not to do.) I’m pretty new at this, so I can’t give much advice. One thing I’ve done that I feel is helpful is I created an author’s blog/website at https://debbiedelouise.wordpress.com. I try to update it regularly, and I also promote other authors on it. I hosted a few online contests to publicize the book. I asked my local newspaper editor if she was interested in featuring an article about my book release (and she is doing that in November). I’m also spreading the word at the library where I work and other local libraries. I’ll also check to see if any local bookstores are interested in my doing a book talk or signing. I’d just recommend that new authors read some of the great books out there on book marketing and also search the Internet for articles. Writer’s Digest has some great tips, as does The Writer magazine. If you don’t want to pay to subscribe, many libraries allow patrons to check them out.

10.How long on average does it take you to write a book? If I write each day, it takes about two months, but that doesn’t include the editing I do afterwards.

11.Tell us about the book cover/s, how the designing came about, whether you had much input etc. I was asked to complete a cover design form by my publisher, but there was no guarantee they would use my ideas. When I first saw the cover, I was a little concerned it looked too much like a horror book, but I understood that they used the stones from the title to create a mysterious image.

12. Apart from writing, what do you do in your spare time? Reading, of course. I also love to play with my cats and try to walk at least five times a week for exercise and relaxation.

13. Are you working on anything else now? When I finished “A Stone’s Throw,” I started writing another novel. I got to around 35,000 words into it when I had to start editing “A Stone’s Throw” and didn’t have much time to work on it. I’d like to go back to it, but now I’m thinking of a possible sequel or series after “A Stone’s Throw.” I really like the characters and already have some notes. I’d like to work on that next, so everything is still fresh in my mind. The other book is very different. It’s a bit scarier. You might also consider it a romantic suspense book. Unlike “A Stone’s Throw,” it’s written in first person. Also, even before that, I was writing short stories that I wanted to compile into a book. Each story is based on true events in my life that have been fictionalized. I have other ideas floating around in my mind, too, but am keeping them contained because I can only work on one project at a time while I work full-time. Maybe one day, when I hit the bestseller list, I might retire from my day job and write tons of books. That’s my dream. 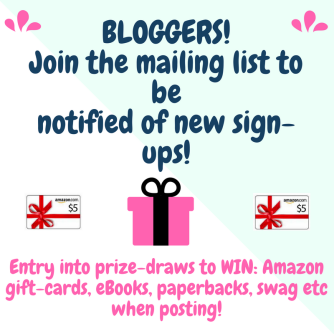 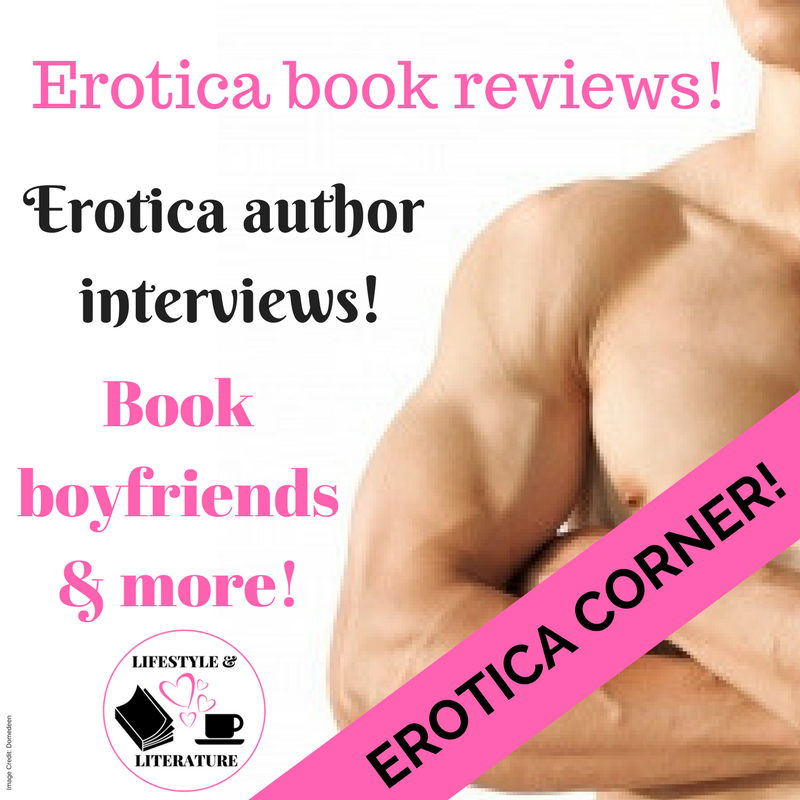